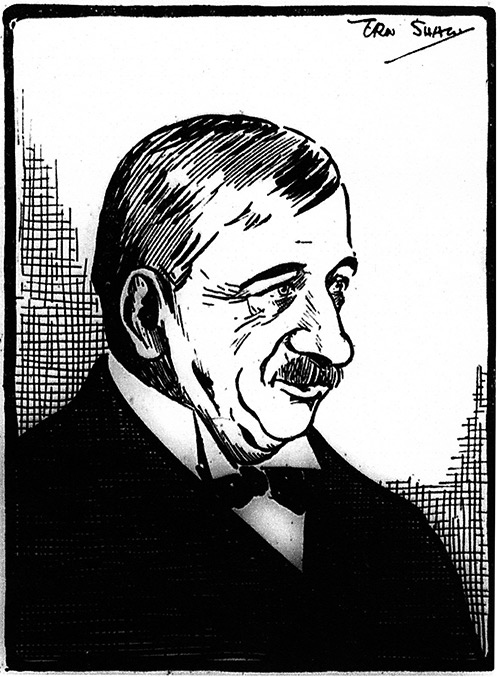 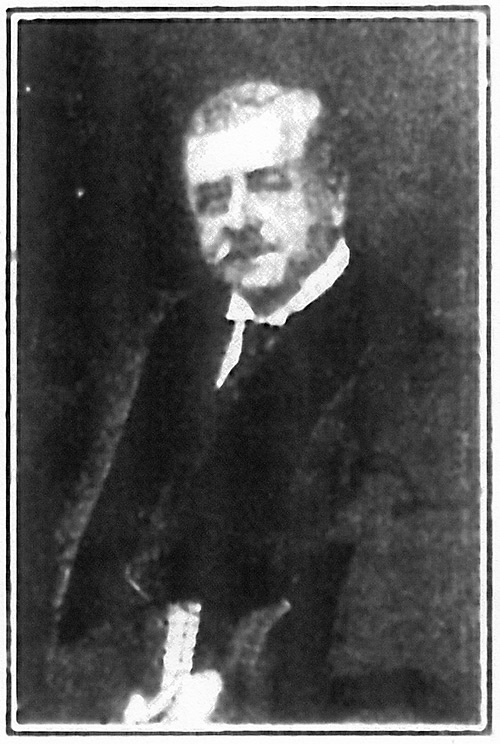 Dr. George William Lilley was one of the more well-known figures among the founders of the club, as he was active and prominent in many different spheres of public life in Hull in the late 1800s/early1900s. His death in July 1926 aged 71 from complications following appendicitis was given plenty of coverage in the local Press, and detailed obituaries were printed, detailing his many memberships and interests. His extensive record of achievements and successes was also chronicled, alongside glowing praise of his compassion and tireless endeavours in the cause of others. Perhaps surprisingly, his involvement in the founding of Hull City is hardly mentioned, and among the mourners there is no reported presence of anyone connected with the club, despite a detailed and exhaustive list of mourners attending the service being printed in local newspapers.

Lilley had been brought up in East Hull and after having worked as a dispenser eventually qualified as a medical practitioner. He earned a reputation as a doctor who tended all classes of people, he himself having grown up in modest circumstances.

He was also politically active as a local Conservative councillor, and the contacts he made among his Corporation colleagues would no doubt be beneficial to him in his many spheres of activity. As well as representing the Drypool ward, he was involved in many Corporation committees and sub committees in areas as diverse as allotments, town planning and child welfare. Connections played a very important part in the daily business and social life of the era: membership of a masonic lodge, being a JP or local councillor, involvement with local sports clubs, all of these enabled the opportunity for social advancement.

His obituaries stated that he became a JP and a churchwarden for St. Peter’s in Drypool, that he was a representative on the Hull and Goole Port Sanitary Authority, and numerous other municipal and professional bodies. He was a member of the Manchester Unity of Oddfellows and the Minerva Lodge of Freemasons. ‘A worker in many causes’ was the sub headline in an article listing his many activities that was printed shortly after his death. Another sub headline stated simply ‘He was one of Hull’s sons’.

At his funeral service held at the Holy Trinity church, the Reverend Heinekey of St Peter’s, Drypool said of him:

“His public work is well known to you, but I feel I cannot refrain from mentioning another phase of his work not so well known, I became acquainted with it in my visitations in Drypool – his universal generosity, and kindness and sympathy. Go into the parish of St. Peter, in and out among the houses as I have the privilege of doing, and you will find deep sorrow. Many times have I met him in the homes of the poor, and he always had for them a word of cheer and comfort. No one knows how many people he helped. It was work done quietly and unostentatiously.”

Lilley’s sporting interests were not recounted in the words generated by his death, but they had been chronicled in the local press in 1891 when he was noted as a vice-president of the Three Crowns Football Club in a report of that club’s AGM, which took place at their headquarters the Plimsoll Hotel in Witham. Three Crowns were an East Hull rugby club who counted local dignitaries Charles Wilson M.P.(of the wealthy Wilson shipping family) and Henry Seymour King (also an M.P.) as patrons, as well as Frederick Brent Grotrian M.P. (founder of the Hull Daily Mail) as its elected President. These were among the most powerful and wealthy men in the city at the time, their sphere of influence was national as well as local, and they also had similar political views (Conservative and Unionist). The connections between money, power, politics and influence were evident in Hull in the 1890s as they were everywhere else in the country. These could be mutually beneficial for clubs and the men of prestige who lent them their backing.

A decade or so later however, Lilley switches codes and is seen to be actively involved in local football in at least three contexts. In 1903 he offers a Cup to be competed for by local clubs in a knockout competition (which is still extant at the time of writing). This generous patronage and stimulus to the local game was testament to his desire to see the game flourish, even if it needed the incentive of a trophy to do so.

The same year Lilley is a guest at the annual dinner of the original Hull City club at the Arts and Sports Club on June 3rd 1903, and proposes a toast to Sir Henry Seymour King M.P. who had provided medals to the team winning the Beverley Hospital Cup. This generous and well-received offer was another example of local benefactors actively stimulating interest in the game and encouraging its growth, but it also illustrated how politicians could earn publicity and goodwill (not to mention influence) by becoming closely associated with popular or successful local clubs. Lilley was a well- known city figure and sufficiently established in the local game to stand and speak at the event. His profile had no doubt been raised by his own offer of a Cup to be contested by local clubs. Other future founders of Hull City listed as being in attendance that night include Jack Bielby, William Hay (president of the club), Mark Andrews and Alf Spring. No doubt some of the other future founders were present among the assembled diners.

His presence as the dinner as a guest, benefactor, or even associate of Hull City identifies him as broadly sympathetic and supportive of its aspirations, but it seems more probable he was identified with the cause of the game in general rather than the club in particular.

Later that year Lilley is prominent as a ‘subscriber’ to a scheme to provide a suitable ground for the ERFA. An enclosed, well-appointed venue where local football could have a proper home, not subject to the whims and interests of other sports. The chosen location was at the field at Dairycoates, on the south side of Hessle Road on what is now an industrial estate – a venue long associated with the staging of team sports. The Hull Sports Express (the Saturday sports paper published by the Hull Daily News) campaigned strongly in this cause and printed a list of the biggest subscribers in the autumn of 1903. Heading the list with his donation of £1 is Dr. Lilley J.P. . Other names appearing further down the list are W. Hay , A.E Spring, J.H. Bielby, J.F.Haller and F. Stringer – all contributing ten shillings and sixpence. Harry ‘Veritas’ Comley, the Sports Express Editor, appears with other local newspaper figures such as J. O’Hara of the Eastern Morning News, and J. Forrester, the editor of the Hull Daily News. It appears to have been a concerted effort by a local newspaper, the ERFA and prominent local football figures to lift the status of the game to a new level, and Lilley was playing a leading role in this.

Lilley’s name appears at reports of Hull City’s early AGMs – being thanked for the medical services provided to injured players at the club (AGM July 1906), and is also recorded as making his own contributions to proceedings (EAGM February 1906) as he comments on the club’s finances.

He is mentioned in newspaper articles in his role as club physician as he supervises treatment and cures for injured players.

A Hull Daily Mail article from January 1905 reports that “Wilkinson, the plucky little left wing man, will not turn out tomorrow, Dr Lilley having thought that the muscle injury to his leg would be all the better for another week’s nursing.”

The following year his name appears in his role as medical supervisor:

“Ever since Rushton was taken home after the Chelsea match he has been confined to bed unable to move his leg, which I am glad to say is showing signs of improvement under Dr Lilley” Hull Daily Mail Feb26, 1906

Perhaps the best illustration of his role at the club comes against Woolwich Arsenal in the FA Cup 1st round replay in January 1908, which saw the club win handsomely 4-1 amid scenes of great enthusiasm. Local reporting of the game was exhaustive and Lilley’s name appears three times as every incident on the day is captured by journalists.

In the first half “Hedley who had been a passenger since his mishap, left the field, and Dr Lilley was called off the stand to attend to him.”

Towards the end of the game “Shortly afterwards the game was stopped for some minutes owing to Martin being injured, and Dr. Lilley was again called from the stand. The crowd shouted for the doctor to run, but he shook a finger at the spectators and started, when one of his galoshes dropped off. Then the crowd laughed.”

In a small article after the match report entitled ‘Comments’ the following item was detailed, ‘A singular incident occurred during the game , one of the spectators being injured. In climbing over a fence he dislocated his ankle, but Dr Lilley reduced the swelling, and sent him home in a cab.’

Lilley’s name appears among the sixteen founders of Hull City but his inclusion differs from the two main groupings – the original Hull City faction from the Beverley Road/ Newland Avenue area (Hay, Andrews, Levitt , Frost and Crompton) and the ERFA men (Bielby and Spring). The former focused on building a club for themselves that would represent the city and challenge at a high a level as possible, the latter concentrated more on establishing the playing of the game in Hull and the East Riding. Lilley was a sympathiser and helped both in their respective aims with money and patronage.

However, his many and occasionally conflicting loyalties were to provide complications as the club strived to grow and overcome its early battles with landlords and vested sporting interests elsewhere. In particular, his connections to George Kennington, an ambitious East Hull builder and local Conservative councillor led to his controversial election to the Hull City board in February 1906- the club’s first season in the Football League- as the new director came up against some of the younger original founders of Hull City. By assisting a friend and colleague onto the board, Lilley would unwittingly drive a wedge between some represented on it, who felt Kennington had no footballing cv to back up his candidature. Their assumption (correct or not)was that Lilley had canvassed the shareholders and extolled Kennington’s virtues to the detriment of the younger candidates who had actually formed the club,

Lilley’s death some 20 years later saw a funeral cortege which consisted of 20 coaches , ‘including two laden with choice floral tributes. Both to and from the church it passed through crowded streets and many were the touching incidents. It was a respectful demonstration of the fact that Dr Lilley was held in esteem and affection, and by none more than those among whom he had carried on his professional duties.’

The legacy of his involvement with Hull City was less clear-cut, however.