The writing of a series of articles dealing with the inception and growth of the Association game in the East Riding is not the easiest of tasks, for one is apt to overlook people and events of importance owing to time, in its slow but sure passage. Causing them to be obliterated from one’s mind, or failing that, to become confused. If during the course if this series persons entitled to credit do not receive their meed of praise the recollection of this weakness of the human mind will possibly salve any disappointment they may feel.

Though the pursuit of the round ball probably took place in Hull prior to 35 years ago, this period is the most distant which has come to my knowledge, at any rate it was not until some little time later that unity of action took place in the formation of a Hull and District League, this body affiliating with the Scarborough and District Association and having about 5 clubs in membership,. Alf Spring, Ted Wells, Percy Harrison, Hobson, of Beverley, and Fred Stringer, the present Hull City secretary, who was the first secretary of the league, being the originators of the new league.

Looking through present day spectacles, the necessity for a Hull League to affiliate with Scarborough is somewhat amusing. The connection of Hull and the Queen of Watering Places in football had been heard of prior to this, however, for a side known as Dairycoates N.E.R. Locos, of whom Jack Bielby was a prominent member, had entered and won what was known as the Scarborough Cup. Evidently the possibility of the trophy leaving North Yorkshire had not been looked upon as within the bounds of possibility, for when the time for presentation arrived, the goblet was proved to be purely mythical!

After much trouble the Locos, for whom Mr. Bielby was hon. secretary, received £5 as a solatium, although each member of the side had spent about £4 in expenses, I can imagine Jack Bielby, who is nothing if not blunt, “telling the tale” to the Scarborough people. To achieve this grand distinction Dairycoates had beaten Scarborough Oliver’s Mount, Kirby Moorside, Filey, and Scarborough St Mary’s.

It is not generally known the honour of playing the first English Cup-tie in Hull does not belong to the Hull City Club, for it is on record that Lincoln City visited Dairycoates Locos in this competition. The match took place in 1884, and that the locals must have made a fairly creditable show is proved by them inly losing 5-1. The team was:

Charlton; Balmforth and Shepherdson; George Hall, Timmins, and F. Milner; Barr, Neal, Teddy North, Lawson, and Miller. Oher members of the club were Fred Peat, Aberthernally, H. Marshall, Cawood, and L. Clubley. The latter is better known probably because of the subsequent connection with the Hull N.U. F.C.. He was a very smart back. Milner is the father of Stanley Milner, who has played several times for City Reserves. The match took place on a field now occupied by the oilworks on Hessle-road. During the regime of Dairycoates, N.E.R. Locos, Kingston Amateurs, which was composed mainly of “better class” players, and Blue Star, whose members hailed from Holmes’ Tannery, were the only other clubs in existence, though just later we find such honoured names as St.Philip’s, East Hull Alexandra, St Paul’s, Albion, Victoria Swifts, Lombardians, Goughs, so-called after a sporting curate of that name, who was engaged, I believe, at St. Paul’s, and who was a clever exponent of that pastime. This club eventually became Hull Thursday, and only died within recent years, after a very creditable career, which will come under review in a future article.

The names of most of the other older exponents have been lost, but the following occur to one’s mind:- S. Simpson, E. Tayles (the old St. Paul’s cricketer), W, Simmonds, G.W. Drewery (F.A. referee),Tom Broad (now “head” of a school in West Hull), Harry Ablett, F. Barnes, F. Mayman, W. Smith, S. Johnson, and Alf Spring (now a director of King and Co., Ltd., and a man who has done as much as anyone to make the game what it should be in East Yorkshire). He was the secretary of St. Paul’s for nine years, and once had the audacity to score nine goals in a match – a feat greatly to his credit. 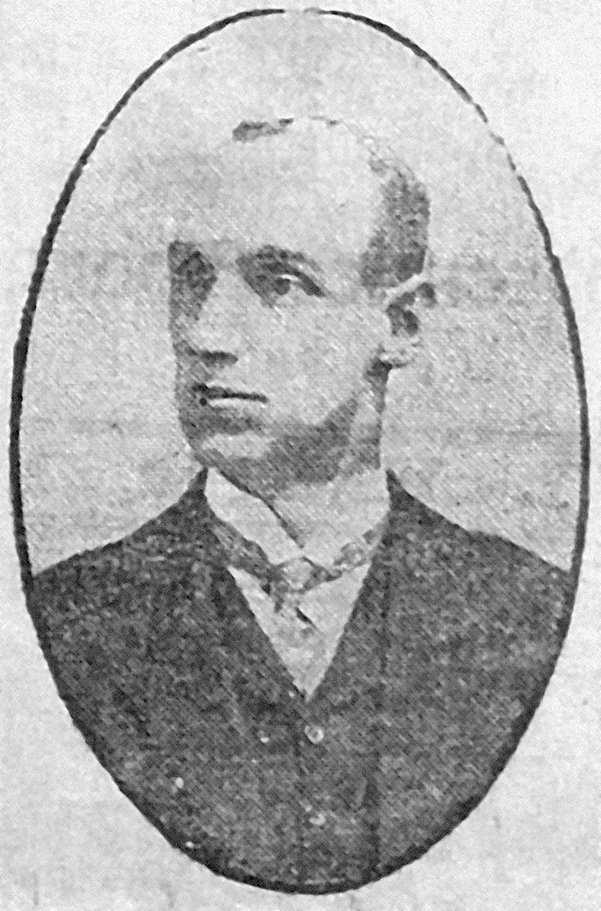 Reverting to the incorporation of a local league, the Albion were the winners for the first three years, but, unlike the exponents of 1914, the successful players had nothing to show for their prowess in the way of medals. Even in the 90’s the first inter-county engagement took place, the Hull men visiting Boston, but the result of the meeting is wrapt in mystery. Perhaps the Hull men-and Fred Stringer, Jack Bielby, and Alf Spring all played in the engagement- prefer the score to remain in obscurity. The clubs in this district continued in membership of the Scarborough Association till 1899, when direct membership with the F.A. was secured, the affiliated clubs in this district taking the title East Riding of Yorkshire Football Association. Direct association was not secured without a great deal, the concession being really gained by the good work of Messrs Spring, Hampton, and I think , J.H. Bielby, who attended an F.A. commission at York, the local clubs electing Mr. A.E. Spring as a life member as a small reward for his services.