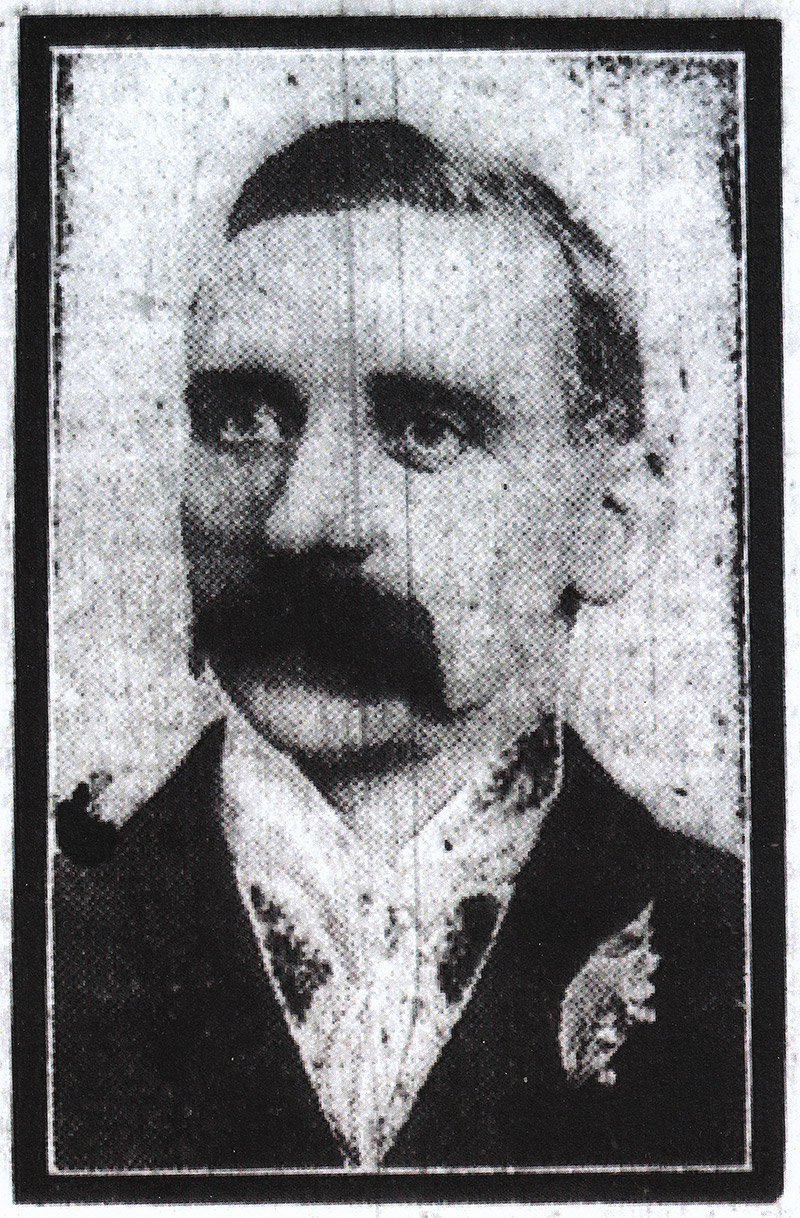 John ‘Jack’ Ramster was a Hull man and served an apprenticeship in the shipbuilding trade before becoming a licensed victualler. His main sporting enthusiasm was cricket and he was associated with the Albert United club for many years as its secretary. He was well-liked and respected by fellow club members, being awarded a gold medal and a presentation clock on separate occasions by appreciative colleagues. He developed a reputation for charitable work and resourcefulness in the service of the club. Ramster’s time with Albert United saw him build up the membership from 13 in 1884 to 128 by 1890

By 1904, Ramster had become the manager of the Arts and Sports social club i(on the corner of Grimston Street and George Street in Hull city centre). This venue came into being in 1900 on the initiative of Henry Askwith, who was for some years President of the Hull Cricket Council and a member of the Hull CC, and the appointment of the tried and trusted Ramster, as both a Council member and the venue’s manager, was a convenient one for all parties.

The club quickly established itself as a popular venue, and became used by sports clubs and societies for their meetings and social events. Ramster would certainly have been a well-known figure in Hull cricket circles due to his long association with the Albert United club, of which he had been a prominent member for many years. His high profile had extended to a role in local cricket administration, and he was seen as someone with many contacts as a result of his fund raising activities for the ‘Albertonians’.

Over the years the ‘manager’ description of him which appeared in the August 1904 Prospectus listing the 16 directors of the newly- formed Hull City Association Football Club Company, Limited, has led some people to assume that his listed profession as a ‘manager’ referred to his role within the football club.

Like all the other directors, his name and occupation were given in the Prospectus published in the local press. In Ramster’s case, the manager role described his ‘licensed victualler’ activities at the popular venue.

Perhaps Ramster’s connection with the other founders of Hull City (those not readily linked with cricket) came from the AGMs held at the Arts and Sports club that Ramster managed. The precursor of the 1904 Hull City had the same name, and their two annual meetings had been held in the venue managed by Ramster.

On July 3rd 1902, at a general meeting of the Comet AFC was held at the Arts and Sports, it was decided at the beginning of proceedings to change the team's name to Hull City, and advertisements were placed in the local Press seeking opponents. The contact address was given as ‘W.E.Hay, Arts and Sports Club, Hull.’ This was Willie Hay (son of another Hull City founder).

It appears likely that Ramster‘s connections to fellow Albertonians Richard Hobbs and especially Jack Bielby, led to his becoming a founding director. Whether this was down to his being a trusted associate, an experienced fundraiser with many contacts or the manager of a city centre venue (the club did not possess its own ground or premises at the time of its formation ) remains unclear.

Many of the other Hull City founders were keen cricketers who may have made his acquaintance in the context of the summer sport, and his familiarity with the playing fields of Dairycoates may have suggested his usefulness to them. In short, Ramster possessed knowledge and access to facilities that the new club would find very beneficial should they decide to exploit them.

Newspaper reports reveal no activity on Ramster’s part once the club was formed, and a report in April 1905 – before the club had gained entry in the Football League – mentions that he ‘is leaving the town’. Ramster headed east to Patrington, where he became the licensee at the Holderness Inn and later the proprietor at the Pier Hotel at Withernsea. He continued his cricketing interests in Patrington, and later displayed his enthusiasm for boxing by hosting several fighters who made his hotel their training headquarters.

His involvement with Hull City lasted less than a year, but his role in helping found the club should not be overlooked. He was known to several other founders (at least the following: Spring from the ERFA, Hobbs and Bielby from Albert United CC, as well as Levitt, Andrews, the Hays, Frost and Crompton from the pre1904 Hull City) and considered sufficiently trustworthy and useful for that reason.