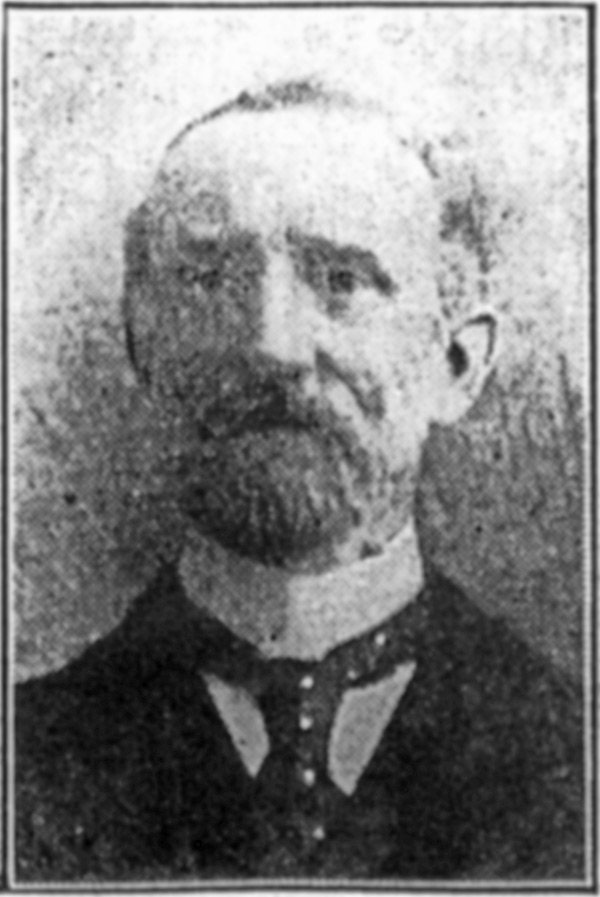 In the late nineteenth century, a busy thriving port relied not only on railways to transport goods but also on small vessels to move cargo in and out of waterfront warehouses. This was lucrative business in Hull and several wharfingers, lighter owners and warehouses were able to prosper . They had offices in the Old Town and waterside warehouses along the river Hull. These businesses were the freight forwarders and haulage firms of the age before motor transport.

William Gilyott was a prominent figure in this activity. As well as running W. Gilyott and Co. Ltd., he was the president of the Keel and Lighter Owners Mutual Insurance and Protecting Society (of which Barton-based James Barraclough’s company was also a member). He was also chairman of the Grosvenor Hotel Co. Ltd., (the Carr Lane hotel that served as an unofficial HQ for the club and hosted its AGMs for many years). In short, he was comfortably positioned as an established and prominent local businessman. 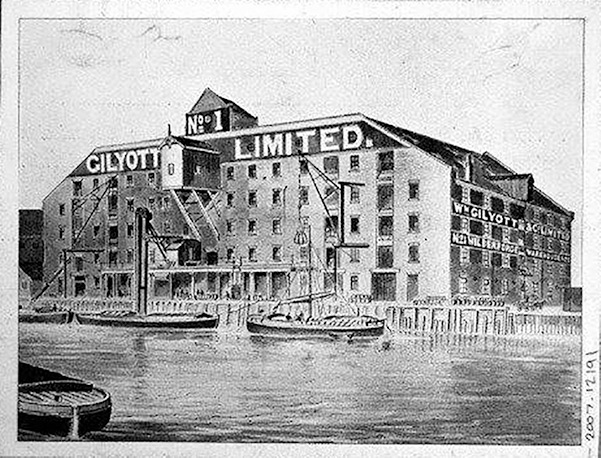 As late as May 1904, Gilyott figured in the affairs of Hull FC in their AGM . He had been associated with the rugby club as a chairman, director, shareholder and prominent supporter since the early 1890s (from their days in East Hull prior to their arrival at the Boulevard). He appears in reports of that club’s business as an active participant in several shareholders’ meetings.

It was something of a surprise, therefore, to see his name some 3 months later as the chairman of a brand new local concern – and a sporting rival at that. Gilyott, despite having no known affiliations or background in football, assumed a leading role in the affairs of this new enterprise. Whether he had decided to sever his formal links to the rugby club or whether he was asked to be chairman of a new football club is unknown. Whatever the reasons for his change of club and code, it seemed mutually beneficial to Gilyott and the fledgling new club.

As Hull FC’s tenants, it made sense for City to have someone on the board who knew the workings of the rugby club directorate and who could foster a stable and secure relationship with them. Hull would be less likely to mistreat one of their own former directors and may even have reasoned they could exert some influence or control over the success or progress of this new sporting concern who posed a potential threat to both themselves and their pre-existing rivals Hull Kingston Rovers (through Gilyott). Hull at this time were struggling financially and installing a rent-paying club playing on their ground when they themselves were playing out of time would have been seen as a canny piece of business.

Despite his good connections, Gilyott was unable to broker the peace between the rival codes in the city in March 1905 when the Northern Union pressurised Hull into locking City out of the Boulevard on the eve of an attractive friendly match against FA Cup holders Manchester City. If the clock was ticking on City’s residence at the Boulevard, unbeknown to Gilyott it was also marking time on his chairmanship. The decision to seek a ground away from the interfering and obstructive Northern Union meant that City moved a few hundred yards away, on the other side of Anlaby Road, to the Circle , home of the Hull Cricket Club. As with the rugby ground, City needed to guarantee a smooth and conflict-free existence, and Gilyott made way for a new chairman, the wealthy Alwyn Smith, who was a director of City’s new landlords, the Hull Cricket Club. Gilyott stayed on the board as vice-chairman.

The son of a Hull master mariner, and for many decades a dynamic figure in the city’s port traffic, Gilyott had no known background in football and as such, it seems unlikely he had been in the social orbit of the other founders ( fellow lighter owner James Barraclough excepted) or involved in any football networks . His formal connection with City ceased at the club’s AGM in June 1909 when it was announced he would not be seeking re-election as a director due to his increasing business commitments. During the course of the evening tributes were paid to Gilyott who responded in kind, shedding a little light on his time at the club and revealing the nature of his football background.

Clearly not someone who had been fully immersed in the game’s culture, he confessed he still had not completely understood the offside rule even after 5 years as a director and expressed the wish that the club was promoted to the top tier as soon as possible, as, in his opinion, they had not been sufficiently supported by the paying public in the Second Division. Gilyott made mention of ‘messrs Levitt, Barraclough, Bielby, Shaw, Crompton , Hay and others’ who had brought Hull City into existence. This was a public acknowledgement of the instrumental roles played by a handful of the sixteen founder-directors, Gilyott himself not being one of them. He again obliquely referred to his past involvement with Hull FC, maintaining that ‘personally he should always retain a love of Rugger. It was a grand sport but he was bound to admit that Soccer was equal, if not superior.’

The Hull Daily Mail in its report of the 1909 AGM, summarised a passage of Gilyott’s speech as below:

A good deal has been said about the gentlemen who first brought into existence professional Soccer in Hull. With all the blemishes of that first venture, the very best thanks of the sport loving side of this city were due to those men (hear, hear and applause). To such men as Mr. James Barraclough, Mr. Bielby, Mr. Shaw, Mr. Levitt, Mr. Morison, Mr. Crompton, Mr Emerson, and several others, their thanks, as enjoyers of the sport of today were most heartily due.

Gilyott, then, although having a prominent position in the earliest formal structure of the directorate, was neither a dyed-in-the-wool football man nor a leader. In his formal exit from the club’s board, he was honest enough to acknowledge this and to credit others with the ground- breaking work. His value in the formative period of the club was as a steadying influence and a trusted figurehead, rather than as an inspirational football leader.